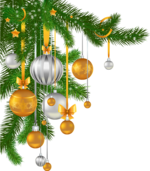 Greetings to all! And congratulations on the month of full server Universe Mu! We are pleased to present to your attention a new update! :)

- You can safely perform quests, regardless of your profession and BC / CC / DS;

- a more detailed balance between the character on the server and on the site of the castle;

- Removed a significant decrease in dmg on the Castle Siege;

- Reduced the cost of stones in x-shop;

- Corrected through the function of teleport on nickname in Fri (removed the difference in 50 lvl);

- The character Lagger in May made the most votes (41 votes) for our server, for which he received 1000 WcoinC, 1/5 part for fenrira cooking and 3 wings for cooking;

The discount is valid until June 18 inclusive.

This week you need a lot of gifts and quests from the administration!

Good morning everyone, I would like to inform you that our team is preparing interesting updates for the first month of our work.

This you will learn closer to 3-4 June. We can only say that there will be many events from the administration, discounts, new interesting locations have been added, events, spots for top players have been added and gameplay has been improved.

Updates on the server:

Changed the color of posts / post to a more pleasant one;

Removed the discrepancy of 1 wing and the required level;

Customized Ring of Wind for all classes;

Increased the percentage of loss of things from the hands and the boss at the Maya Event;

Increased the percentage of sharpening stones;

Reduce the spread of mobs from their spots on many maps;

Increased the drop of demons in all locations;

Zen division is turned off when going up to the party;

Increased the number of received WCoinC with various bosses;

Added a drop of imp to the Box of Luck and Firecreaker drop;

A Jewel of Skill, Jewel of Option and Silver Coin has been added to the Skeleton Invasion drop;

The usual top items were removed from the Kundun Box drop;

Added the ability to expand stats using a special menu;

In the development of more updates.